You’ll get no prizes for guessing the twists and turns in Patti Cake$ but that shouldn’t stop a smile from being on your face for the entirety of the runtime, so energetic and endearing is the debut of American writer/director Geremy Jasper helped by a star-in-the-making performance from the highly impressive Danielle Macdonald (who I didn’t realise until after my viewing was actually Australian, making her on-screen New Jersey accent even more impressive.)
Like a mix between Rick Famuyiwa’s Dope and John Carney’s Sing Street (both excellent films) Patti Cake$ tells the story of 23-year-old Patricia Dombrowski AKA Patti Cake$ AKA Killa P, an aspiring rapper who finds herself like many other talented folk, stuck in her hometown, in this case New Jersey, with a strained relationship with her mother and no prospects but desperately hoping her passion for rhythm and rhyme will earn her a ticket to bigger and better things. This is no new plotline but Patti’s passion is so infectious that you can’t help but root for her. She is talented but life, doing what it does best, constantly knocks her down.
Cruelly called “Dumbo” for her obesity and never taken seriously as a musician, Patti finds her fun with her words and best friend/musical partner in crime Hareesh or Jheri when rocking the mic (a very fun debut from Siddharth Dhananjay) a local young pharmacist whose endless optimism and encouragement is a welcome counterpoint to Patti’s misfortunes alongside a near-mute satanic anarchist aptly named Bastard (played very subtly by an almost unrecognisable Mamoudou Athie who was absolutely fantastic as the legendary Grandmaster Flash in Netflix’s The Get Down) who provides Patti and Jheri a chance to record their own original material and form the kickass group known as P B & J. 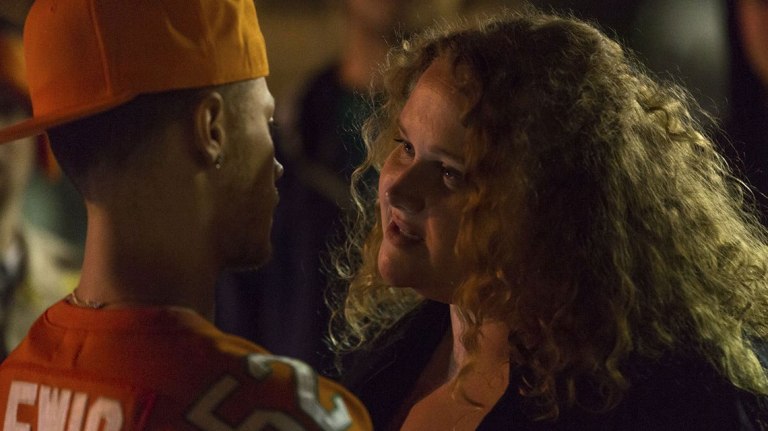 I am admittedly not the biggest hip-hop or rap fan but this is a damn good soundtrack full of memorably punchy tracks (all written by the director) full of fuzzy guitar and groovy synths. As other characters realise during an impromptu street rap battle, Killa P does indeed have bars.
While she may be thriving creatively, the same can not be said for her home life. Living with her struggling alcoholic mother Barb (the usually hilarious Bridget Everett proving once again that nearly every comedian has a great melacholic performance within them) and looking after her cynical yet supportive sick Nana (Cathy Moriarty who was nominated for a Best Supporting Actress Oscar for her first movie role in Raging Bull), Patti is torn between working various jobs to help pay off her family’s debts or focus on her lyrics. Barb is quite a bitter and neglectful mother at times, especially considering she herself almost made it in the music industry as a singer and her relationship with Patti is definitely one of the most predicatable parts of Patti Cake$.
However the movie does enough fresh things with the genre that any cliches can be easily overlooked. Shot and edited wonderfully, especially some Patti’s daydreams, it really is Macdonald’s performance that holds it all together and allows to film to rise above most movies that have similar themes. It’ll probably go under the radar come Oscar season but I feel that an Oscar nomination would be fully deserved. 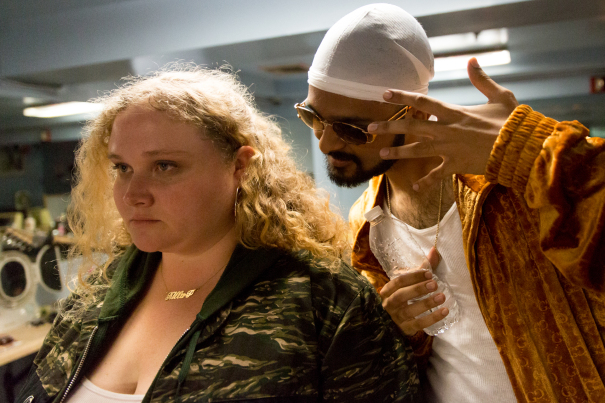 That’s it! If movies with rap music or quirky characters are your thing I definitely recommend Patti Cake$.