Love him or hate him, we can all agree Darren Aronofsky does not make uninteresting films but many will find that he has pushed his lack of boundaries, his artistic ambition to their very limit with his newest release mother!
Once the credits started to roll I was rooted to my seat, my mind spinning as to what I had just witnessed and how on earth I was to interpret and analyse it. Make no mistake, this is an incredibly divisive movie and I can understand those who say mother! is obnoxiously ostentatious but I can see (I think) what Aronofsky what going for (mostly) and I can’t help but respect how boldly bombastic his vision is.
The movie’s message and disturbing events will certainly go over the head of majority of the average cinema goer as shown by its underwhelming performance at the box office, with many preferring to go see the more mainstream IT again. Being (poorly) marketed as a psychological horror movie doesn’t help either.

Jennifer Lawrence and Javier Bardem are credited only as Mother and Him respectively as a married couple living in the middle of nowhere in a large house that she has proudly renovated herself from top to bottom while her famous author husband suffers from writer’s block. Her peaceful paradise is eventually disturbed with the arrival of a man (Ed Harris) and later his wife (Michelle Pfeiffer) as fans of the acclaimed author and from there, things just gets increasingly stranger and it’s a challenge to give details without going into spoiler territory.
Mother is constantly ignored while her husband is showered with praise and admiration which does end up being an exercise in patience for the viewer as her ideal world is slowly soured by rude, uninvited visitors, who her husband is more than happy to accommodate much to her nervous dubiety.
Performance-wise, the whole cast fully commit to the director’s vision, especially Lawrence, despite her range not really being tested beyond looking confused and frustrated. The majority of the movie is simply close-ups or over the shoulder shots of Lawrence and if the idea behind that was to create a claustrophobic atmosphere then Aronofsky certainly succeeds along with the beautiful and haunting cinematography.

Right from the first frame, Aronofsky aims to make an impression. While his ambition is undisputed, mother! ultimately become a frustrating and exhausting experience, which I think was the point considering the many religious metaphors present but unfortunately I just didn’t think there was enough substance within to go along with the extreme style on display here. The final third act in the movie is one of the most unhinged and deranged acts I’ve ever seen in a movie which I have no doubt will be talked about for years. Rich with biblical imagery, which may seem mostly unsubtle at times but clearly the movie is designed to invoke a strong response in the viewer so subtlety is in short supply. 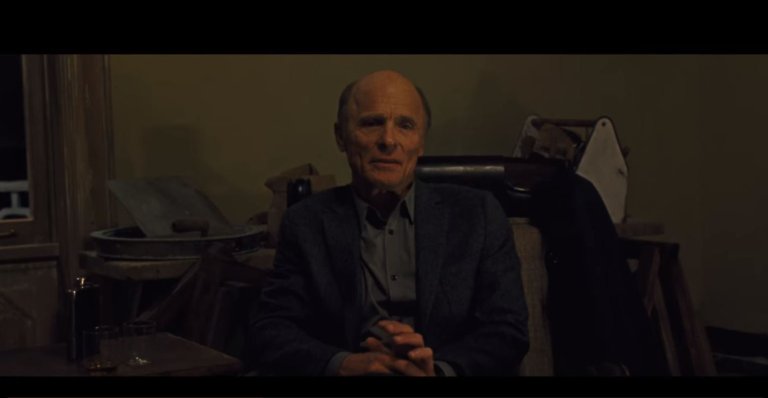 For those expecting a more conventional Aronofsky picture like The Wrestler, they will most likely be disappointed. This movie will anger many and I personally have no real desire to watch mother! again, so draining was my experience but I don’t feel it is the “worst movie of the century” as I’ve seen quoted online. As intense as mother! is, I find it’s just not worth putting yourself through the experience despite it’s uniqueness.
I hope Aronofsky creates something a bit more focused and rewarding next time because he is still a bold and exciting director.