What else is there to say about the animation behemoth that is Pixar Studios? Showing the world the potential for high-quality, entertaining animation in a full feature-length movie in 1995 with mega-success Toy Story and since then they have consistently made nothing but content of the highest quality that has captivated people of all ages and inspired a whole generation of filmmakers and unquestionably established themselves as not only one of the best animation studios but one of the best studios period.
Their latest release Coco, the first film to ever have a budget with nine figures to feature a cast consisting of only Latino actors, is a truly magical adventure with some of the most jaw-dropping animation I’ve seen yet. I was amazed by what they did with the vibrant Inside Out and once again Pixar has raised the bar for astounding facial animation and gorgeous scenery absolutely bursting with life and colour. This is an earnest tribute to Mexican culture and the central themes of family and death are explored with such tender passion in the film’s welcoming, warm atmosphere that I have no doubt that Coco will stand tall among Pixar’s other beloved classics.

Our story follows young Miguel (Anthony Gonzalez), who, despite his family of shoemakers believing music is a waste of time ever since Miguel’s great-great-grandfather left to pursue his musical dreams and never returned, only wants to play his guitar. The one thing in world that makes Miguel truly happy is music. His rebellious spirit and passion make him immediately endearing and while it is clear he loves his family, his mind is set on playing music just like his idol, adored musician and actor Ernesto de la Cruz. Against his abuelita Elena’s (Renee Victor) wishes and spurned on by de la Cruz’s motto, “Seize your moment!”, Miguel decides to enter a local talent show on the Day of the Dead but not before breaking into de la Cruz’s monument and respectfully borrowing his legendary guitar. However upon strumming the instrument Miguel soon realises he has become invisible to his family and the residents of Santa Cecilia yet is now capable of interacting with the very much alive skeletons, who can cross over from the Land of the Dead every year to visit family. Upon meeting his long-dead relatives Miguel soon realises he has been cursed for stealing from the dead and must return to the Land of the Living or risk being stuck forever. 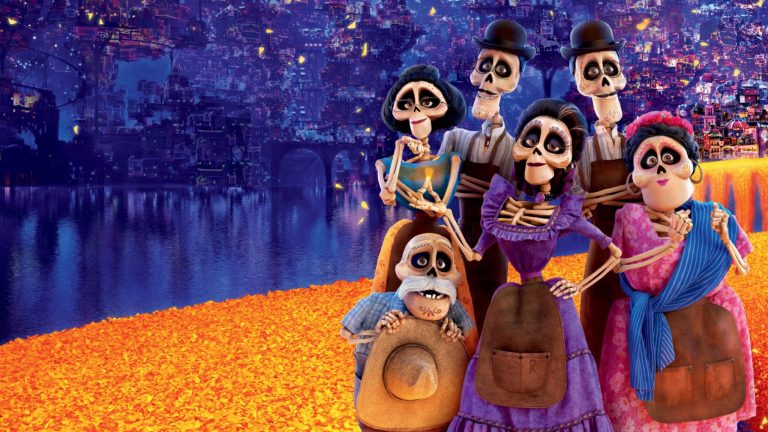 Seeking his family’s blessing in order to get back home, it is here in the sumptuously kaleidoscopic Land of the Dead that Miguel stumbles across Héctor (Gael García Bernal) who claims to have once played with Ernesto and can help Miguel in exchange for helping him cross the bridge in order to visit his family. The friendship that he and Miguel strike up is playfully charming and their love of music and performing creates a strong bond between them that becomes key to the entire plot.
Michael Giacchino, much like Pixar, one again provides some of his best work fully capitalizing on the Mexican setting and catchy songs like ‘Remember Me’ and ‘Un Poco Loco’ will be stuck in many audience member’s heads for quite some time. Directed by Lee Unkrich, who previously directed Toy Story 3 has crafted something truly special here. 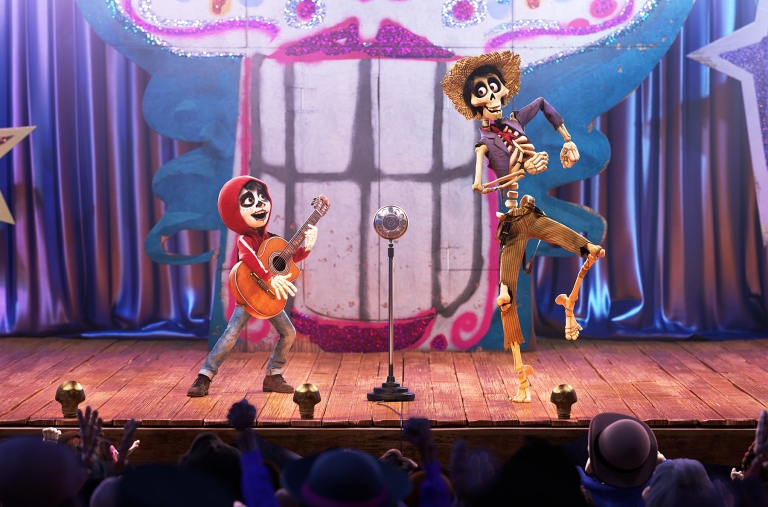 Coco ends up being one of Pixar’s best in the last decade alongside Toy Story 3, with its beautiful message about family and heartfelt handling of the death theme this is a wonderful, musical adventure for the whole family that I doubt will leave any dry eyes in the theatre. Movies like this are why I adore the art form so enthusiastically. All the hard work that goes into the animation, the writing, the characters, voice acting and so much more is evident and incredible to watch unfold in such a delightful story. I implore everyone of all ages to check Coco out. It’s the most magical time you can have at a cinema.