“You’re telling me that the king of a Third World country runs around in a bulletproof cat suit?” 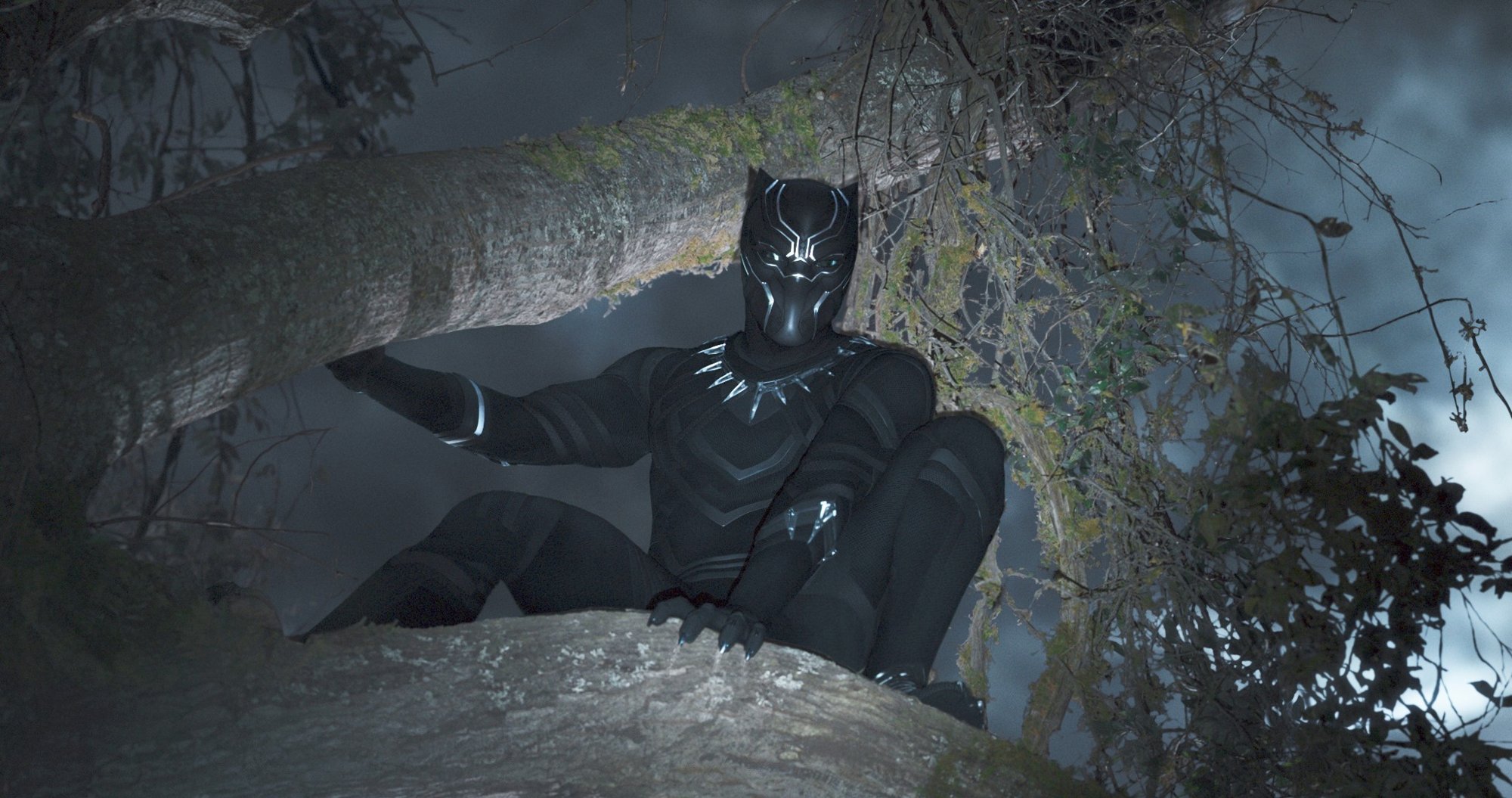 With comic-book movies, especially the Marvel Cinematic Universe, now a beloved global sensation, less popular characters have been given a chance to shine on the big screen such as the Guardians of the Galaxy and Ant-Man to huge success and now finally we have a Black Panther movie that not only delivers a great action movie but one that truly elevates the genre when it mostly rejects typical clichés and gives us a movie with such relevant and important themes, especially regarding the current socio-political climate in America, that are all handled with such passionate tenderness by Ryan Coogler, the highly impressive young director whose previous two movies were the excellent Fruitvale Station and Creed, the seventh and arguably best film of the Rocky franchise and now with Black Panther, Coogler has gone three for three on great movies and has now solidified his place as one of the most exciting filmmakers working today. What is fascinating about Black Panther is that the action sequences, while dazzling, are the least interesting part of the film. Panther’s real power lies in it’s fully realised and endearing characters all played by one of the strongest casts in recent movie history.

Having first been introduced in Captain America: Civil War, we begin with young Prince T’Challa (Chadwick Boseman with a remarkably convincing African accent) returning to his expertly hidden home of Wakanda, a vastly technologically advanced nation that harnesses the fictional and highly versatile element known as Vibranium (also found in Captain America’s shield) to power the whole country. T’Challa’s homecoming is due to his father’s (John Kani) tragic passing, meaning that the role of King now falls to him. Unlike most Marvel protagonists, T’Challa does not consider himself a superhero. He is a calm, collected and intelligent leader and politician first and his task of ruling his people and preserving Wakanda’s traditions does not always sit easy with him. Boseman does a beautiful job of handling T’Challa’s internal struggles. He is a son, mourning the loss of his father, whose past mistakes play a major role in the plot, but he is also a King, trying to rule his people and uphold their values. To the rest of the world Wakanda is a third-world country, but it’s all a front for the most advanced nation on the planet that explorers have failed to uncover for decades. This becomes crucial later in the movie when the idea of Wakanda possibly sharing it’s technology in order to help those suffering around the globe is presented to T’Challa which is something that previous King’s have rejected. 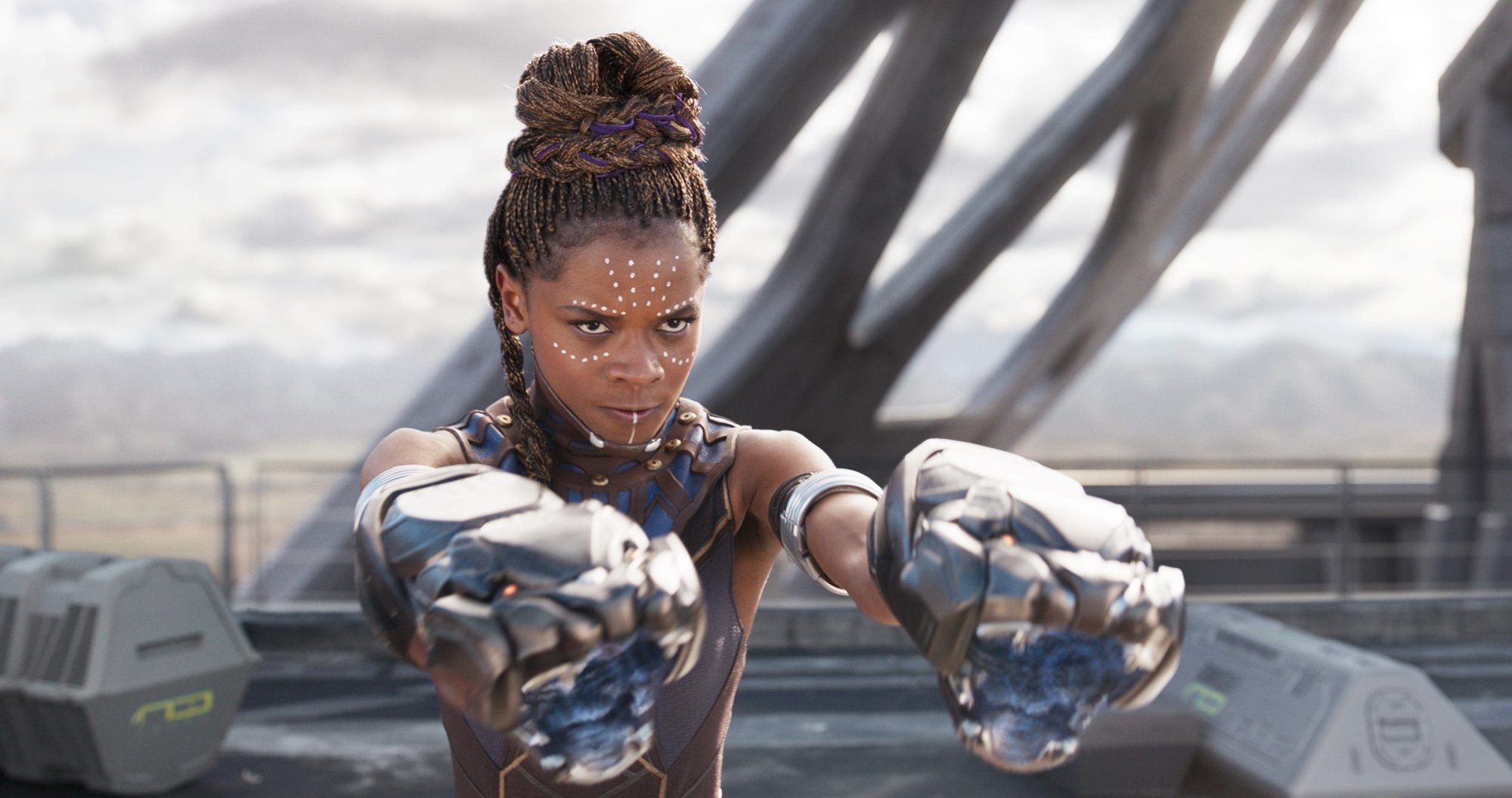 While Chadwick Boseman is perfectly cast as the Wakandan King, he is constantly at risk of being upstaged by his fellow actors. Frequent Coogler collaborator, Michael B. Jordan relishes his villainous role as Erik ‘Killmonger’ Stevens, a highly dangerous black-ops soldier who seeks to eliminate T’Challa and take the Wakandan throne for himself and run the country as he sees fit and who may have closer ties to Wakanda than some may think. Killmonger is easily one of the best villains in the MCU since Loki and as seen in Creed, Jordan brings a frightening physicality to the role. Despite his numerous crimes you understand why he is enacting his plan and his tragic back story only endears you to him more. The best villains are the ones that are convinced they are in the right and that is especially true here with an antagonist whose mission, aside from all the murder, will genuinely resonate with audiences. Coogler and Jordan clearly bring the best out in each other and are now the newest director/actor partnership. Let’s not forget the phenomenal supporting cast too. especially the females. Lupita Nyong’o plays Nakia, a Wakandan War Dog, a spy that infiltrates other countries, and ex-girlfriend of T’Challa who returns home for his coronation ceremony. Danai Gurira (the sword-swinging fan favourite Michonne in The Walking Dead) shines as Okoye, the leader of the Dora Milaje, an all-female group of lethal special forces that act as bodyguards for the King. Letitia Wright (seen in season four of the excellent Black Mirror) is absolutely delightful as T’Challa’s immensely intelligent younger sister Shuri, who despite being only sixteen years old is the head of the countries technology development and who is even smarter than Tony Stark himself . Princess Shuri is a breath of fresh air and an excellent role model for all young women. If all that wasn’t enough we have screen veterans Angela Bassett and Forest Whitaker as T’Challa’s mother and Wakanda’s wise, spiritual elder respectively.

Black Panther shows that Marvel is still capable of surprising audiences while delighting them and despite some weak CGI at times, Ryan Coogler and the whole cast have done a fantastic job of introducing us to a new world, prioritising characters over mindless action and injecting the genre with a fresh perspective, one that we could all learn a lesson from. As King T’Challa himself says, “In times of crises, the wise man builds bridges. The foolish man builds barriers.”