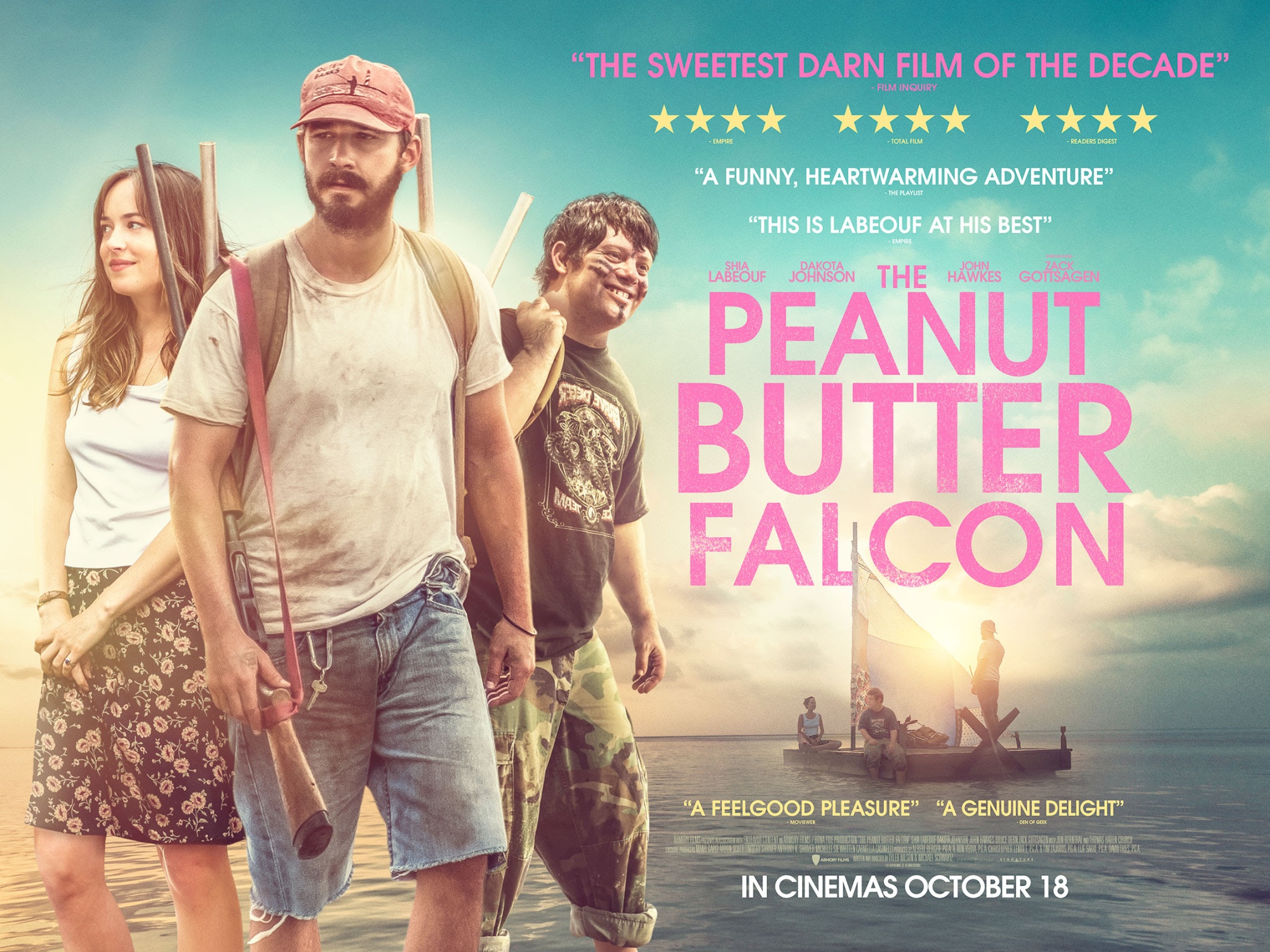 Two young men looking for direction go on a journey. My favourite film of 2019 is now on Netflix.

Zak (Zack Gottsagen) is an orphaned young man living in an old people’s home in North Carolina. He has Down’s Syndrome and the state cannot find a better place for him to stay. His case worker Eleanor (Dakota Johnson) cares for him deeply, but he still wants to live his own life, and is always looking for ways to escape. He wants to become a wrestler like his idol the Salt Water Redneck (a nearly unrecognisable Thomas Haden Church) and repeatedly shows room-mate Carl (the ever-brilliant Bruce Dern) his prize video. The Salt Water Redneck has a wrestling school, and Zak’s plan to train there and learn “the atomic throw” leads to him escaping through the bars on his window.

With Eleanor tasked to find him, Zak hides in the boat of fisherman Tyler (Shia LaBeouf), who is fleeing from his own problems, having resorted to stealing crabs from other fishermen in the rivers of the Outer Banks. Despite their first meeting being less than ideal, the two agree to take the journey to the wrestling school together, trying to stay ahead of their pursuers.

I make no bones about it, The Peanut Butter Falcon was my favourite film of 2019. Zack Gottsagen and Shia LaBeouf have amazing chemistry – which seems to have continued into a real-life friendship – and Zak is just a funny character. The openness, honesty, and vulnerability of each character pours from the screen throughout the film.

There is a heartbreaking scene in the middle of The Peanut Butter Falcon where Zak explains why he wants to be a bad guy wrestler. He explains how the events of his life mean that he must be a bad guy, otherwise why would these things happen to him? After Tyler tells Zak that he is a good guy, a pure hero, then Zak asks Tyler if he is a good guy or a bad guy. Tyler says he isn’t sure, and we see a short flashback that pretty much explains his entire character. Heartbreaking.

Dakota Johnson deserves credit too, a character that could have been either a boring killjoy or a soppy do-gooder in the hands of a less skilled actress. There are a few cameos that I won’t spoil, but each one of them adds to the richness of this modern day Huckleberry Finn-type story. The Outer Banks, North Carolina setting is beautiful and remarkable, and again fleshes out this world, as you understand how Tyler and his fellow fishermen are eking out a living in a tough part of the world, and the effect that would have on people. How hopes and dreams get ground down, how well-intentioned and good people lose purpose and direction, and how remarkable people find a way to re-ignite their spirit.

If you liked Tale of the Wilderpeople (which surely everyone does, right?) then see The Peanut Butter Falcon. It’s on Netflix now, and you will not find a more heart warming way to spend 98 minutes.

And remember rule number one.

Like what you’ve read? Well I also talk nonsense on The Sporty Ushers podcast! You can find THE SPORTY USHERS on Spotify, Apple Podcasts, and just about anywhere you can get podcasts!

One thought on “The Peanut Butter Falcon Review”