Back in 2014, Phil Lord and Chris Miller made The Lego Movie. Everyone said “How can you make a film about Lego?” but, everything was awesome about that film. Now we have The Emoji Movie, featuring Sir Patrick Stewart, and people are asking very similar questions. Here’s my review… 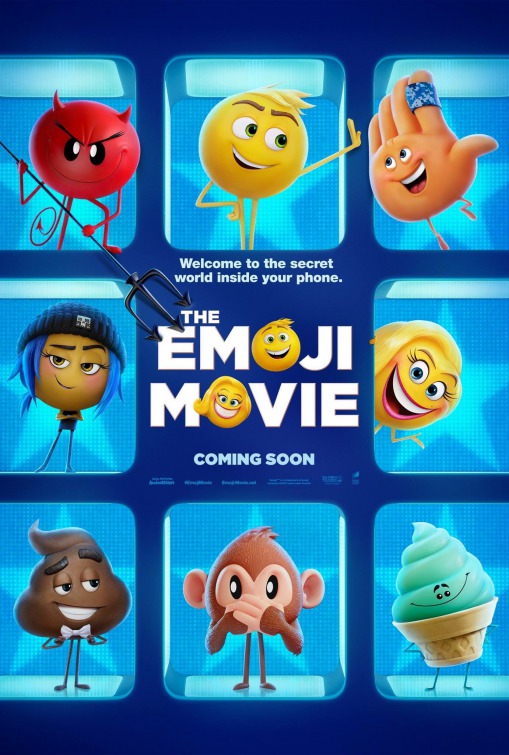 PS I wasted 2 hours of my life on The Emoji Movie, I hope you appreciate that! One of the taglines is an adventure beyond words, well… this is a review beyond words. If you DO want a proper review, there’s only enough material in this film for a 5 minute short, and this generic, bland film is a product placement filled mess that can’t decide if it is aimed at young kids or teenagers, and so would bore both groups. I am happy to admit I am no longer either of those, so I can only go off the dozens of bored kids and teenagers in the screening I was in.

There is a decent beginning with the intro to Textopolis (Cameos from all your favourite emoji! Elderly text emoti-icons!) before turning into a typical “kid who is different goes on a journey, learns that it is ok to be himself, and has to save the world” film. The whole point of the film (he is a Meh face who expresses other emotions) does undermine the entire premise of emojis though.

Obviously it’s not in the same league as an Inside Out, Wreck It Ralph, or The Lego Movie, but this doesn’t even compare to Angry Birds. There is a cute Hotel Transylvania short at the beginning though. That, unquestionably, is the better than what follows.